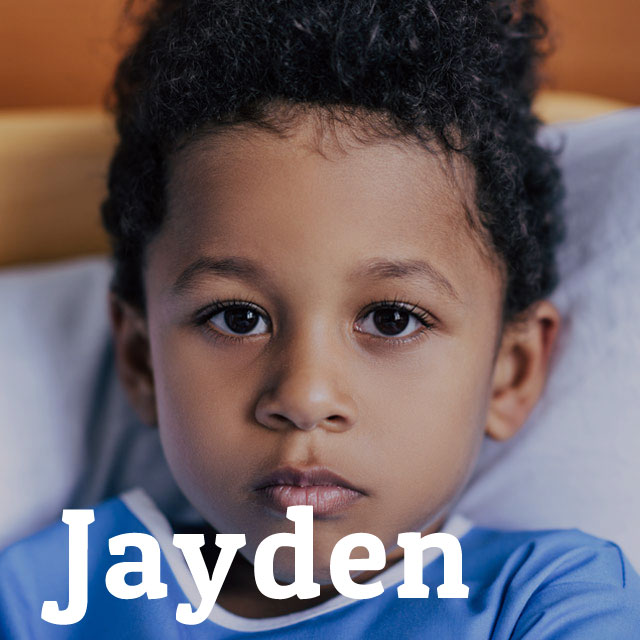 When children come to us for help, we have come to understand that they often carry the burden of two generations. Jayden is one of those children.

Jayden’s mother was raised by an alcoholic father and a mother who suffered depression and was often ‘absent’, both physically and emotionally. Jayden’s mom had her first child at eighteen. From that time forward, she was on her own, with little extended family and friends. The loneliness led to a lifestyle that brought multiple people through Jayden’s home – “friends and uncles”, as they were called – who came and went on a weekly basis.

Jayden never knew who would be at home when the bus arrived, whether he would be fed, taunted or locked in his room. Jayden lived with little predictability or routine. He fended for himself the best way he could. He became vigilant – always on alert, learning to watch everything and everyone. He never relaxed.

When Jayden would arrive at school, his eyes were wide, his actions frantic and his behavior aggressive. He would throw things and he would scream. At our program, we have found this common in a child from a chaotic background. As soon as he starts to feel safe, he begins to test his environment – to see if he behaves really badly – will these people leave him too.

We never leave children like Jayden ; instead – we accept them as they come to us. We set boundaries and we teach him about positive choices. We help him learn about ‘regulating’ his body with low lights, calming music and a steady, firm and kind ‘adult presence. Jayden eats at a family-style table to bring a sense of routine to his day. When he explodes, an adult sits with him, letting him safely release the energy of two generations.

When his tantrum is over, Jayden is exhausted, as if an internal switch has been turned off. He then seeks comfort and we provide that. He is often the special helper or simply the child who does one on one with staff at the sand or water table.

The weight that is being lifted off Jayden is visible as he settles into the routine of the day.