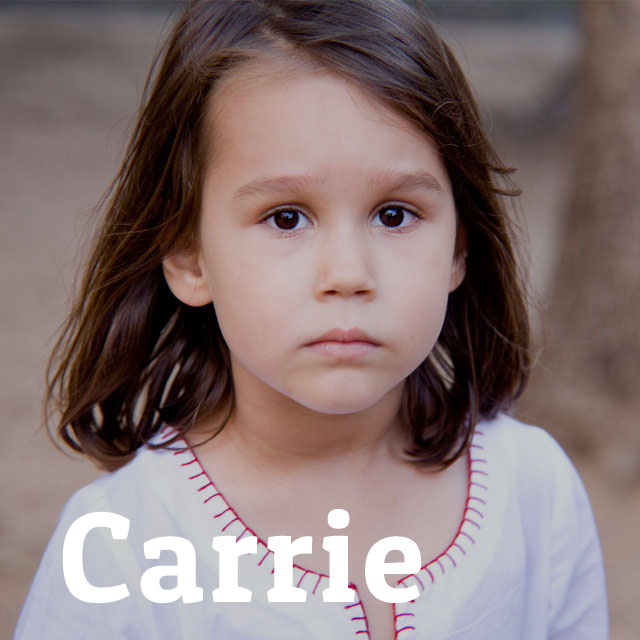 Carrie’s early history is marked with significant trauma and abuse. At just three years, Carrie was found wandering in northeast Calgary in only her underwear. When the police found her, she had strangulation marks on her neck. Although her mom had said she had been abducted, it was later determined that these actions had actually occurred at the hands of her mother.

Carrie came to our school program quiet and invisible – she had learned to survive by not being noticed. For children like Carrie, withdrawal is often the only way for self-protection and comfort in an often frightening and overwhelming world. This inner retreat for Carrie was her first chance to say to the outside world, “This is my choice!”

Progress was slow and steady with Carrie. First, Carrie had to learn how to trust others around her, especially adults that were there to nurture her and keep her safe. Many days were spent by the teacher sitting close to Carrie and commenting on what she was doing, while carefully reading her cues and body language. Gradually, Carrie began to make more eye contact with the teacher, and started to make her own observations during the play. Seeing Carrie emerge from her shell as her self-confidence continued to grow was a huge milestone and celebration.